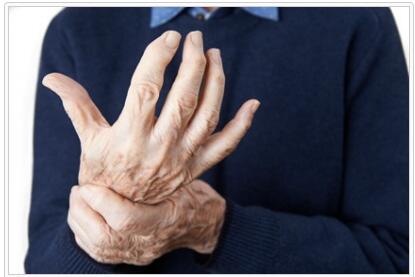 The alien hand syndrome is a rare neurological disorder in which the patient over some time can not control at will one of his two hands. Damage to the cerebral bar is usually responsible for this phenomenon, as can be caused by tumorous changes, strokes or infections.

What is Alien Hand Syndrome?

Alien hand syndrome is a rare neurological disease in which the patient can no longer voluntarily control one of his two hands for a certain period of time.

The neurologist understands the alien hand syndrome to be an extremely rare disorder in which one of the patient’s two hands eludes voluntary control and sometimes works against the other hand. At the beginning of the 20th century, the disturbance was first documented by Kurt Goldsteins. However, the current name imprinted itself only in a work of 1972, the three tumor patients with a tumor on the brain beams, so the corpus callosum , documented.

All three of these patients then suffered from the phenomenon which in this case was due to an interruption of the corpus callosum. Such an interruption of the corpus callosum is still considered the main scenario for the alien hand syndrome to this day. In addition to the tumorous changes documented at the time, strokes , infections or traumatic injuries to the cerebral bar can also cause the syndrome.

The causes of the alien hand syndrome have so far been insufficiently researched due to their rarity. There is only information available on the possible localization of brain damage that can give rise to the clinical picture. Doctors suspect that two different scenarios can be distinguished in this regard:

So if the corpus callosum is damaged, coordination is also disturbed – in this case preferably that of the left hand. In contrast, if the frontal lobe is causally damaged, the general planning and execution of voluntary movements is disturbed, which usually affects the dominant hand in each case.

In alien hand syndrome, the patient can no longer control the movements of a particular hand. One of the hands works against the other particularly often, that is, when one hand wants to write, the other gets in her way. If damage to the corpus callosum is the cause of the phenomenon, the left hand moves involuntarily, especially when the right hand is moving. On the other hand, when the right hand is resting, it remains relatively still.

If the frontal lobe is damaged instead of the corpus callosum, the dominant hand is usually affected by the loss of control, whereby the syndrome in this case often manifests itself in involuntary grasping movements for objects within one’s own field of vision. In extreme cases, the alien hand tries to strangle the patient against his will or cause him other damage.

Since the alien hand syndrome shows a very typical and specific clinical picture, the neurologist can make the diagnosis on the basis of pure patient observation without having to initiate further diagnostic procedures. Under certain circumstances, he also researches the specific cause by having an MRI made of the brain and using the imaging to find out the area of ​​damage.

As far as possible, the doctor will also use differential diagnosis to investigate whether a stroke, tumor or infection is related to the phenomenon. Tumor changes can already be seen in the imaging. A stroke also shows a relatively typical picture in the imaging, whereby an additional examination of the veins supplying the brain may be indicated.

Causal infections, on the other hand, can be diagnosed via the serum, possibly the CSF diagnostics as well as measurements of the nerve potential, where they show up as delayed transmission. The course of alien hand syndrome depends heavily on the cause of the disorder. In most cases, however, the syndrome itself regresses over time.

This is why helpful treatment approaches have so far been in short supply. The only consolation for those affected is that the alien hand syndrome can resolve on its own after a few years. If injuries occur due to the lack of control of one hand, complications can arise as a result of the impaired perception of the hand.

Insufficient wound care on the hand perceived as a foreign body can have consequences that require treatment. Psychological problems can also arise as a result of these rare diseases. When a hand does things that are beyond one’s own will control, it can be emotionally very stressful.

Since there is hardly any treatment strategy so far, those affected are very limited in their lives. Most of the time, they can no longer work in their profession. Often they withdraw from the public eye. Many immobilize the affected arm.

As is often falsely portrayed in films, an alien hand syndrome can lead to an unauthorized hand leading to an amputation request in the person concerned. But from a medical point of view, this is nonsensical. It makes much more sense to improve this condition through daily exercise of the affected hand.

However, a positive course of the disease cannot generally be predicted. Furthermore, the syndrome can indicate a tumor that, if diagnosed in good time, may still be able to be removed. If the causal treatment of this disease is successful, the symptoms of the alien hand syndrome usually disappear after a short time and do not lead to further complications. The diagnosis of the disease can be made by a general practitioner. Further treatment, however, depends on the cause and is therefore carried out by a specialist.

The alien hand syndrome itself can only be treated temporarily, for example by restraining the affected hand, which prevents it from involuntary movements. Physiotherapeutic training rarely has an educational effect on the hand that weakens the syndrome or makes it go away completely.

Since the phenomenon usually regresses after a certain amount of time anyway, the focus of the treatment is primarily on bringing the quality of life of the person affected back to normal for the time of the disorder. Depending on which illness caused the symptom, the causal illness must also be treated. If tumorous changes are visible on the frontal lobe or the corpus callosum, the doctor will initiate the surgical removal as far as possible.

If a stroke has been found to be the cause, on the other hand, conventional stroke prevention can be initiated. In the case of an infection of the brain, such as an infection by bacteria, in turn, patients are usually treated as an intensive care unit, with drug treatment and fluids being just as important as anti-fever measures.

Alien hand syndrome usually causes various complaints and complications in the patient. In most cases, regions of the brain can be damaged in such a way that paralysis or other disorders of sensitivity occur. Motor restrictions can also occur. The movement of the hands and feet can also be restricted by the alien hand syndrome. In severe cases, the victim’s hand can also try to harm the patient itself.

The alien hand syndrome also leads to extreme depression and other psychological complaints. The quality of life is significantly reduced and restricted by this disease. Often the patients are also dependent on the help of other people in their everyday life.

Treatment of alien hand syndrome can be carried out with the help of various therapies. In some cases, however, there is also a spontaneous improvement. Unfortunately, no prognosis can generally be given. Often, however, the symptoms can be alleviated by therapy so that the person concerned can use his hands normally again. Life expectancy is not restricted by the alien hand syndrome.

Alien hand syndrome cannot be prevented. However, since it is an extremely rare phenomenon, nobody should live in fear of the syndrome.

All that is clear is that the cause of the phenomenon lies in a disorder or neurological disease affecting the brain. Follow-up care for the alien hand syndrome is difficult because there are hardly any treatment approaches for the syndrome itself. Only the underlying disease can be treated medically.

The only consolation for those affected remains that with the treatment and improvement of the symptoms causing it, the alien hand syndrome often also improves. It can go away on its own if the underlying disease that caused it has been successfully treated.

As a measure of aftercare for the affected hand, targeted training of the uncontrolled hand has proven to be helpful. However, those affected are often severely limited in their future life. They usually need help at home and should be given regular medical follow-up checks.

Along with the fact that there is no known therapy for the alien hand syndrome, the possibilities for those affected to alleviate the symptoms are quickly exhausted. A few methods can be used, whereby the successes are very individual and therefore no promise of improvement can be given.

It has only been shown that prolonged occupation of the affected hand can calm it down. For example, she can be entrusted with everyday objects that should be designed in such a way that they can be easily grasped and felt. Small, soft balls and pens are often used. For those affected who are disturbed by their hand while sleeping, an oven glove can help before going to bed. Decreasing the sensory sensitivity of the alien hand can limit its activity.

The constant repetition of tasks that involve both hands can also teach the affected hand certain movements. Which exercises these are and how complex they may be, however, can be determined individually and not always associated with success. Above all, it is important to pay attention to simplicity.

Affected people can study the behavior of their misdirected hand in order to identify possible patterns in the arbitrary action of the hand. In some cases, interference from the alien hand can be prevented by adjusting movement sequences. 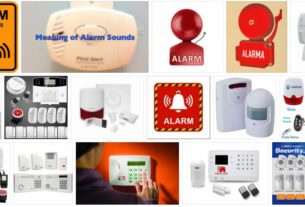 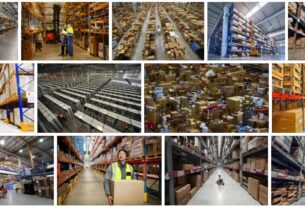