According to Existingcountries, Hawaii is the largest island in the US state of Hawaii. This island is commonly referred to as “the Big Island” to avoid confusion with the name of the state. With an area of ​​10,458 km 2, the island is slightly larger than Corsica. The island is also called “the Orchid Isle” because so many orchids are grown there.

Administratively, the island is a county within the state of Hawaii with Hilo as its capital.

James Cook was the first western explorer to visit the islands (in January 1778). He was killed in 1779 in clashes with natives along Kealakekua Bay on the island’s west coast.

Native King Kamehameha I, who came from the island of Hawaii, forcibly united most of the Hawaiian islands under his rule in 1795. He named his new kingdom after the island where he was born, and as a result the entire archipelago is now known as Hawaii.

The oldest volcano on the island, Māhukona has long since disappeared below sea level. The last eruption was 470,000 BC. At 29 km from the southeast coast, a new volcano, which is called Kamaʻehuakanaloa, grows below sea level. This volcano is expected to rise above water in a few tens of thousands of years, joining the Big Island.

Because Mauna Loa and Kilauea are active volcanoes, the island is still increasing in size. Between January 1983 and September 2002, lava flowed out of Kilauea’s crater toward the sea, adding at least an area of ​​2.2 km² to the island. Several villages and roads were buried under lava. Since July 2007, a new stream has been active from the Pu’u O’o cone that nearly flooded the village of Pahoa in 2014.

The gas plumes from the Kīlauea can create a blanket of vog (volcanic fog), mainly on the western Kona coast of the island. Most aerosols are acidic and have a cross section that can affect the lungs. People prone to respiratory problems, such as asthma, hay fever, may experience headaches, watery eyes, sore throat and lethargy as a result. Vog typically reduces vision on the road, in the air, and on water.

The high volcanoes ensure that a lot of rain falls along the eastern windward side of the island (up to 5000 mm per year). As a result, tropical rainforests with high waterfalls can be found, such as the 135 m high ‘Akaka waterfall’ north of Hilo. The western side of the island is largely dry and barren. Thanks to this special geography you can find 8 of the 13 (worldwide) climate zones on the (relatively small) Big Island.

In the period from 1830 to 1950, the use of Hawaiian as a first language declined sharply, and today few residents speak Hawaiian as their native language. However, the language gained more interest in the 1950s. It has been one of the two official languages ​​of the state of Hawaii since 1978, and the Hawaiian language is taught in public schools. Now mainly English is spoken.

The most famous sporting event is the Ironman Hawaii, a triathlon held every October. The start of this event will be in Kailua (Hawaii), where the participants will have to swim 3.8 km in the ocean. Then they cycle back and forth to Hawi (180 km) and then run a marathon.

In addition to tourism and agriculture (including papayas, macadamia nuts, Kona coffee) and flowers (including orchids, anthuriums), astronomy is also important for the Hawaiian economy. The summit of Mauna Kea is one of the best places on Earth to study the universe with the help of telescopes. It is therefore the site of a number of telescopes (the Mauna Kea Observatory), some of which are among the largest and best in the world, such as the two telescopes of the William Myron Keck Observatory, the Canada-France-Hawaii Telescope (CFHT), the Subaru telescope and one of the telescopes of theGemini Observatory. The Thirty Meter Telescope is also likely to be built there soon. 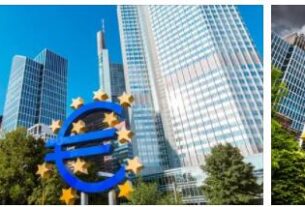 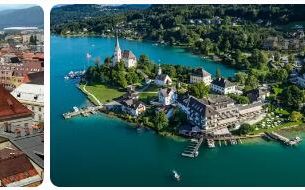