Hyde syndrome describes an acquired stenosis of the aortic valve in connection with angiodysplasia of the gastrointestinal tract. Prominent are the acendens colon (ascending large intestine) and caecums (appendix). They can show gastrointestinal bleeding and thus lead to anemia (low blood count).

What is Heyde Syndrome?

This disorder is named after its discoverer, American internist Edward C. Hyde, who first described the syndrome in 1958. Arteriosclerotic processes in the area of ​​the heart valves cause this acquired stenosis of the aortic valve. The shear forces (flow rate) in the bloodstream in the area of ​​the narrowed heart valve destroy the von Willebrand factor.

This factor is the medical term for a glycoprotein that is responsible for two important functions in hemostasis (clotting blood). It initiates platelet adhesion (sticking of blood platelets) and platelet activation (primary blood coagulation) and protects factor VIII (antihemophilic globulin A as a component of blood coagulation) from protein breakdown (proteolysis).

In the next step, this disturbed blood clotting causes Willebrand-Jürgens syndrome, which can cause a tendency to extensive hematomas, excessive bleeding after injuries and surgical interventions, increased tendency to bleed, prolonged and increased menstrual bleeding ( menorrhagia ) and joint bleeding (hemarthrosis). This disease belongs to the field of vascular medicine, vice medicine, geriatrics and cardiac surgery.

Simply explained, it is an acquired aortic valve stenosis in combination with bleeding from the ascending colon, which is caused by malformed blood vessels (angiodysplasia). The connection between these two clinical pictures, which are caused by calcification or degeneration of the aortic valve and bleeding in the large intestine, has not yet been conclusively clarified medically.

The bleeding in the gastrointestinal area (gastrointestinal) can occur occult (hidden) or as visible side effects of the bowel movement (hematochezia). If there is angiodysplasia of the stomach, melena (abnormally black colored blood) and vomiting of blood can occur.

In addition to Hyde, other physicians have repeatedly pointed out the importance of clinical findings and an exact anamnesis of these complicated pathomechanisms, since the causes of this syndrome have not yet been finally clarified. Both Hyde in 1958 and his colleagues in the decades that followed repeatedly found that they were treating patients with aortic valve stenosis who were simultaneously suffering from massive bleeding from the gastrointestinal tract.

The physicians went a step further when they determined that gastrointestinal angiodysplasia (vascular malformations) were the cause of this bleeding, and that this no longer occurred after an aortic valve replacement. In the late 1980s, two medical research groups were able to demonstrate that multimers of von Willebrand factor are reduced in acquired and congenital aortic valve stenosis.

The von Willebrand factor is an amino acid protein monomer, which as a subunit leads to the concatenation (polymerization, demerization) of two molecules. This subunit multimerizes in blood plasma to form a large molecular complex. This is important for proper hemostasis (stopping bleeding). Many patients with aortic valve stenosis have a reduced number of high molecular weight multimers. This condition occurs in combination with reduced adhesion (sticking) and aggregation of blood platelets ( platelets ) and improves with aortic valve replacement.

The path to a reliable diagnosis is via an echocardiographic examination ( sonography – ultrasound of the heart) and a colonoscopy ( colonoscopy ) to identify vascular malformations.

The large multimers usually appear in coiled molecular form in the blood plasma. When increased shear forces develop in the area of ​​high-grade stenosis of the aortic valve, this condition causes a change in compliance. A specific area becomes accessible for the plasma protease ADAMTS13, which cuts the multimeric molecule. Hemostasis is an important process in stopping bleeding caused by vascular injury.

If this hemostasis is disturbed, bleeding from angiodysplasia (vascular malformations) of the intestinal mucosa occurs. The blood vessels are anatomically changed by this damage and allow greater shear forces (flow conditions).

In most cases, the patient has internal bleeding due to Heyde’s syndrome, which often leads to so-called anemia. This has a very negative effect on the general condition of the patient and can even be life-threatening in severe cases. Most patients with Heyde syndrome experience symptoms such as dizziness or nausea.

The remaining life expectancy drops to about five years, since this usually leads to cardiac insufficiency and thus to cardiac death in the patient. During the treatment, there are usually no particular complications and the symptoms disappear relatively quickly. Transfusions may be necessary for the affected person. With successful treatment, life expectancy is not reduced.

A doctor’s visit is necessary as soon as blood is detected in the urine or stool. If the bleeding occurs repeatedly, you should see a doctor as soon as possible. Black stools or visible clots of blood in the stool are a cause for concern. If the affected person vomits blood, this must also be examined by a doctor. Digestive problems, pain in the gastrointestinal area or cramps should be clarified and treated. If there is a loss of appetite or a refusal to eat, the affected person needs medical help. A severe loss of body weight or a feeling of internal dryness can constitute an emergency situation.

There is a risk of an undersupply of the organism, which must be treated as soon as possible. A doctor should be consulted in the event of shortness of breath, a feeling of pressure in the chest or cardiac activity problems. If you lose consciousness, you must call an ambulance immediately. If the affected person suffers from circulatory disorders, heavy menstrual bleeding or increased wound bleeding, the observations should be discussed with a doctor. You should also see a doctor if you have joint problems or discoloration of the skin. Dizziness, nausea, a general weakness or a diffuse feeling of illness are signs that must be followed up. If they recur or increase in intensity, further investigation should be initiated.

After heart valve replacement, the tendency to bleed decreases. Other therapy options are blood transfusions, application of factor III and desmopressin (antiduiretics – synthetic substance to reduce urine excretion), partial resection of the colon (partial removal of the longest part of the large intestine).

If angiodysplasia in the small intestine is suspected, intraoperative enteroscopy (endoscopic examination) with diaphanoscopy (transillumination of body parts using an attached light source) proves to be useful in order to visualize and treat the corresponding lesions. In many patients, aortic valve stenosis is initially asymptomatic because they have a low peak systolic pressure gradient, which makes it difficult to diagnose possible simultaneous bleeding in the colon in the context of Hyde’s syndrome.

This disease therefore requires regular check-ups. The average survival rate of untreated patients with angina pectoris is about five years, four years after development of syncope (circulatory collapse) and three years in case of heart failure. When the aortic valve is replaced, not only do the heart problems disappear, but also the gastrointestinal bleeding in the gastrointestinal area.

The course of Heyde’s syndrome can be very different. The prognosis depends on the treatment and the course of the disease. In milder forms of the syndrome, there are often no symptoms at all. In most cases, however, the symptoms are so severe that fatal outcomes are possible without treatment. Symptoms include bleeding in the gastrointestinal tract, shortness of breath, angina pectoris or seizures of unconsciousness. A causal treatment of the bleeding complications is not possible. However, it has been found that heart valve replacement reduces the tendency to bleed.

Other components of the largely symptomatic therapy are blood transfusions, the partial removal of the colon and drug treatment to prevent the formation of thrombosis. If left untreated, heart failure often develops due to damage to the heart valves. So-called shearing forces form on the narrowed heart valve, which can lead to the destruction of the von Willebrandt factor. This results in an acquired von Willebrandt syndrome, which causes an increased tendency to bleed. At the same time, the risk of developing venous thrombosis increases. This in turn increases the risk of embolism (especially pulmonary embolism ), which can damage lung tissue and is often fatal.

Of course, if the damaged heart valve is replaced, the shear forces also decrease. For this reason, it is also understandable why the replacement of the heart valve can suppress the symptoms of Heyde’s syndrome.

Prevention in the clinical sense is not possible because there is no event or parameter with a predictive probability. Since aortic valve stenosis falls under the category of heart disease, a healthy lifestyle with sufficient exercise can have a positive effect on the entire organism.

Older people who are no longer physically active should take part in soft sports such as Nordic walking, since walking has a positive effect on blood circulation and thus regular blood flow. Patients found to have an elevated pressure gradient across the aortic valve should limit their physical activity until surgery to avoid sudden cardiac death.

In the case of Heyde syndrome, aftercare measures are severely limited in most cases. Those affected are primarily dependent on a quick diagnosis with subsequent treatment so that there are no complications and no further deterioration of the symptoms. The focus is therefore on early detection, so that those affected should consult a doctor as soon as the first symptoms and signs of the disease appear.

In most cases, the disease is treated with surgery. After that, they should rest and take care of their bodies. Efforts or stressful activities should be avoided in order not to unnecessarily burden the body. Furthermore, only light and, above all, no greasy food may be eaten after the procedure.

Only after a few days can the body get used to the usual food again. Since Heyde syndrome can also cause heart problems, regular examinations of the internal organs should also be carried out. Those affected are often dependent on the help and support of their own families, which has a positive effect on the course of Heyde’s syndrome.

Heyde syndrome cannot be prevented directly, nor can it be treated with self-help measures. Those affected are dependent on medical treatment in any case.

However, a healthy lifestyle with a healthy diet and physical activity can have a very positive effect on this disease. Avoiding obesity can also help alleviate the symptoms. When it comes to sports, Nordic walking is particularly recommended, as it positively promotes blood flow. However, those affected with high blood pressure should avoid strenuous sports or activities, as this can lead to sudden cardiac death. In the event of acute cardiac insufficiency or loss of consciousness, an ambulance must be called immediately or you must go straight to the hospital. Until the emergency doctor arrives, the person concerned must be given emergency ventilation and placed in a stable lateral position to be brought.

Due to the severe limitations in everyday life, many patients also suffer from psychological complaints. These can be limited by talking to friends and relatives. Of course, discussions and therapies with other people affected by Heyde’s syndrome are also suitable. 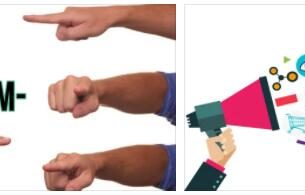 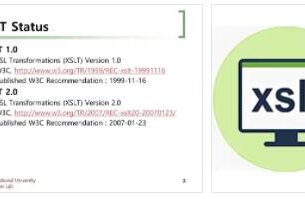 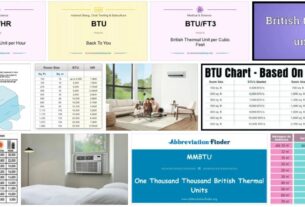