From the most archaic Shinto nature cults to modern Shinto, which groups hundreds of doctrines united by strong syncretism and with great diversity, this Japanese religion has varied a lot over the centuries.

Ancient Shinto, which did not even bear the name of shinto, encompasses the religions of Japan in the time before the impact of Buddhism and foreign methods of government.

The oldest Shinto cults were naturalists, without sanctuaries, centered on ceremonies that adapted to the agricultural calendar. There were specialists in the sacred, but they did not form a true priestly caste; on the contrary, they were more shamans capable of attracting and submitting the Kami, and soothsayers who used bones and tortoise shells and deer shoulder blades or claimed to know the future by interpreting omens.

The main religious practices had to be the matsurí, offerings and rites to implore to the Kami. They consisted of a phase in which it was sought to attract Kami through offerings of rice or fish and especially sacking (rice spirit considered a mysterious drink), to implore favors or ask him to unveil the future.

These ceremonies were held together with community banquets, whose participants fell into trances caused by the ingestion of plunder and were accompanied by processions (miyuki) and ritual confrontations: sword fighting, horse food or rope competitions. It is believed that they had the purpose of uniting the group and favoring decision-making.

From the 6th century until 1868 imperial and shogunal Shinto developed, which accuses the influence of Confucianism as a political form of justification of imperial power and also receives the influx of Buddhism with its philosophical character, its insistence on iconography, the afterlife and death . Buddhism resulted in a turnaround in Shinto and strong controversies arose around the figure of Buddha, understood by his detractors as a foreign and pernicious Kami. Shinto, faced with this challenge, tried to adapt. For example, Buddhist sutra were used as powerful spells, and monks acted as shamans, even capable of helping the dead on their journey to the hereafter.

Shinto gods end up being identified, from the 12th century, with bodhisattvas, who sing Buddhist sutras on shinto altars. And yet: as a consequence of the Jesuit influence in the 16th and 17th centuries, a syncretic Shinto with Christianity emerged.

From the 14th century until 1868, there were, in Japan, defenders of traditional Shintoism, free from Buddhist syncretism, but, on that date, the shogunate regime fell. With the end of the shogunate, a traditional Shintoism developed that defends two fundamental ideas: the imperial supremacy and the superiority of the Japanese people over all foreign nations, including the Chinese.

This ideological option consolidated an ultranationalism that was very harmful to the neighboring countries of Japan, since, since 1868, Shinto became a state religion,

After fluctuating between tolerance and repression of other beliefs to align with European constitutions, in 1889, freedom of worship was chosen. The State, in theory, had no definite religious option or legitimate means of repression against foreign religions, such as Buddhism or Christianity. In practice, the consequence was the emergence of three different Shinto.

In the first place was the Shinto of the temples (jinjo shinto), which by a constitutional ruse was said to be non-religious and which the State subsidized and controlled, appointing the priests and organizing the traditional ceremonies, In order not to compromise the theoretical freedom of worship, the priests Shintoists were held by public officials. Shinto was taught in schools and the masters were obliged to take their students to their main ceremonies. Numerous ancient emperors and other political figures from the past were officially deified; the cult of the emperor Ojin-Hachiman stood out, who took on the character of god of war and to whom a large number of temples were dedicated as Japanese militaristic imperialism developed.

The second Shinto was that of the imperial house (kohitsu shinto). It consisted of very archaic ceremonies and, despite being of a family type, it influenced the worship of the sanctuaries. In the years ranging from the Meiji restoration to Japan’s defeat in World War II in 1945, the country saw itself as a large family headed by the emperor and his cults.

The third Shinto, estimated to be purely religious and equated with the rest of Japan’s religions, was that of New Cults (kyoha shinto). They were new religions that used the prestige and protection of Shinto to develop their religious message; thirteen of these groups were accepted during the Meiji period as independent religions, being registered in the official register of cults (ujiko-shirabe) that was mandatorily held in the official Shinto temples.

With the legislation imposed by the United States in 1946, a real freedom of short was reached that favored an extraordinary religious fragmentation in Japan.

The varied landscape of Japanese religious groups today is estimated to include several thousand major groupings. Some are ancient, such as Tenrikyo (Religion of Divine Wisdom), founded in 1838 by ecstatic seer Miki Nakayama (1798-1887), or Omotokyo (Religion from the Great Source), founded by millennial seer Nao Deguchi (1836-1918).

Other groups are later in their foundation to the Japanese defeat and usually insist on amalgamating beliefs as much Shinto as Buddhist or Christian. Many base their religious practice on healing and ecstatic techniques and articulate themselves with very archaic popular beliefs of a shamanic nature.

In an exclusively private sphere, imperial shinto ceremonies are maintained. The Shinto shrines, which are strongly rooted in the most traditional agricultural regions, continue to offer a ceremonial landmark of reference to many Japanese today. Currently, it is estimated that 100 million believers are Shintoists, and between 11 and 15 million correspond to some of the two hundred new main cults. 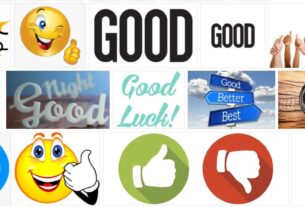 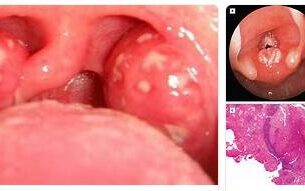 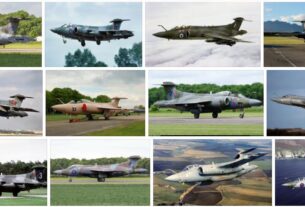