Abbreviations within online marketing and SEO

An abbreviation is used for practical reasons. An abbreviation in a text reads faster and easier. For example, when using complicated names. In addition, they require fewer characters. This is especially useful when a text has to fit within a certain limit. Abbreviations are also used within online marketing and search engine optimization or SEO. In fact, this abbreviation is also an abbreviation.

A web page is optimized with keywords. In this way a company or a brand is found better in the search engines. Still, it is important to avoid keyword stuffing. By using abbreviations you can avoid Google penalties and be found on multiple keywords. You use different terms. 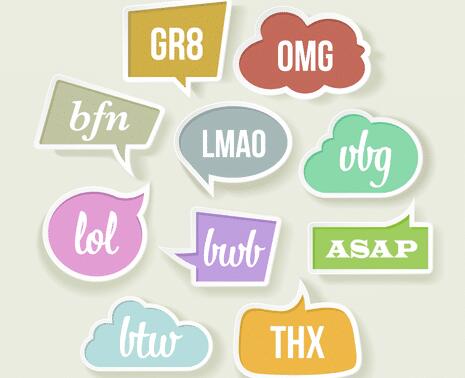 Search engines are also getting better at discovering the relationship between the full word and the abbreviation. Especially when you are consistent in using the same abbreviations for terms. For example should always be e.g. instead of eg.

If you want to do something with Recruitment Marketing Automation, you will inevitably come into contact with numerous abbreviations and acronyms. Here are the 15 most important ones to remember.

If you want your vacancies to be noticed by the entire labor market, knowledge of Recruitment Marketing Automation is indispensable. This still fairly new field looks at how, for example, e-commerce companies manage to market their articles, and translates that to the recruitment world. As a result, you can increasingly attract the right candidates with less time, effort and investment.

A great promise, but before you get there, you’ll have to step into a new world. A world full of terms such as behavioral targeting, programmatic advertising, inbound and outbound, geotargeting and data analytics. But also a world full of acronyms and abbreviations. The abbreviation finder lists the 15 most important acronyms used in online marking.

Immediately the best known of all: the Cost Per Click. A payment model where advertisers pay for every time a visitor clicks on a link, regardless of the number of impressions. Also comes in many variations, such as the Cost Per View ( CPV ), when it comes to video impressions; Cost Per Completed View ( CPCV ), if the video was also finished; or Cost Per Engagement ( CPE ), if the visitor did more with the ad than just clicked on it. For example, the CPI also applies to apps, in other words: the Cost Per Install.

In other words: Cost Per Mille. Also called: Cost Per Thousand ( CPT ). When you advertise, you buy views. On most advertising platforms you buy per 1,000 views. This measure is mainly used in campaigns where the intention is to generate attention, it is less focused on conversion.

In other words: Cost Per Lead. A lead is someone who has applied. Was this an expensive one or a cheap one? And if it was expensive, was it posted? In recruitment terms, this is also referred to as the Cost Per Applicant ( CPA ). See also: CPQA.

The superlative of the Cost Per Applicant is the Cost per Quality Application, or CPQA . Because it is of course not just about bringing in as many candidates as possible, it is about attracting candidates who meet your requirements. The CPQA therefore only takes those applicants who meet certain criteria, which on the one hand saves time in processing and on the other hand a lot of suffering in rejection.

The CPQA therefore only takes those applicants who meet certain criteria.

This metric is often used when working with agencies. This concerns candidates who have been interviewed at least once and who have indicated that they are interested in the vacancy.

Originally a term that stands for: Customer Relationship Management, but in recruitment better known as: Candidate Relationship Management. The software that helps to support this process is then called CRM software, and offers users, for example, the opportunity to maintain structured contact with (potential) candidates. It contains contact details, but also, for example, a communication history: when has everyone already been in contact?

Today, CRM systems are increasingly competing with the traditional ATS or Applicant Tracking System. The data of candidates mainly ended up there after they had applied, after which the entire handling of the recruitment process was done from this system. However, the CRM systems put the focus a stage earlier and thus develop into a system of engagement. This is in contrast to the system of records, which the traditional ATS still often is.

Short for: call to action. A term that says what it is meant for: to incite people to direct action. Usually: one click. On a vacancy. On your newsletter. Or on a download. You name it.

In other words: Click Through Rate. How many people clicked through to the vacancy from LinkedIn? And did they really spend time on the job page or did they ‘bounce’? And if so, why? Did the right target group click through? Important to know! In that sense, the CTR or Click-Through Rate is one of the well-known performance metrics, especially for those who work with newsletters.

A DMP, or Data Management Platform, is a (cloud-based) software platform that collects, sorts and categorizes all kinds of user data. A DMP often acts as a central hub for a marketer, from which all actions are set up. As a company or brand, you bring together all data about your (potential) candidates in a DMP. Think: interactions on the site, touch points with advertisements and CRM data. Within the DMP you can segment candidates and create profiles, so that a more complete candidate picture is created.

DOOH stands for: Digital Out Of Home, and that specifically refers to digital media that appear in the public space. Think of digital screens in crowded, public spaces, with 10-second slots that you can then buy programmatically (via real-time bidding on advertising space). This offers a number of advantages over the traditional Out-of-Home, such as the flexibility to respond to current events.

PII stands for Personally Identifiable Information, a term that is used (especially in the US) to indicate all data that can be traced back to individuals. This is also a relevant term for targeting and programmatic advertising in recruitment, which requires continuous attention, among other things in connection with privacy and the risk of cybercrime.

In other words: Return On Investment. Another well-known term, which has of course also been valid outside the field of Recruitment Marketing Automation for a long time. This term covers all calculations as to whether an investment was worth it. When it comes to Recruitment Marketing Automation, for example, it is important to include not only the advertising costs in such a calculation, but also the hours you work yourself.

RTB is a marketing term that refers to Realtime Bidding, a form of automated buying of online media space, also known as automated trading. With Realtime Bidding it is possible to determine when your banner or advertisement will be shown and what amount you are willing to pay for it. Algorithms analyze the online behavior of consumers and then determine whether a visitor is interesting for your campaign.

Search Engine Optimization (SEO) is still often mentioned in the same breath as SEA ( Search Engine Advertising ). SEO means that your website is optimized for findability within the organic, unpaid search results of Google. SEA, on the other hand, is about paying to show an ad that is displayed for relevant search terms, above the organic search results. In SEO, for example, it concerns relevance, use of keywords, speed of loading a page and the number of backlinks from other websites.

In other words: the Sales Qualified Lead. A term that indicates someone who has shown deep interest in you. Known for the distinction between hot and cold leads. In this context, recruitment is also referred to as the Qualified Applicant (see also: CPQA ). Although there is of course a difference: a SQL has extensive interest, a QA could actually qualify for the vacancy. And that doesn’t necessarily align.

In other words: the right tone of voice. Not a metric that you can express in numbers, but a very important part of all your recruitment marketing. Do you address the target group in the language he or she also uses? It can make all the difference whether your campaign is successful or not.